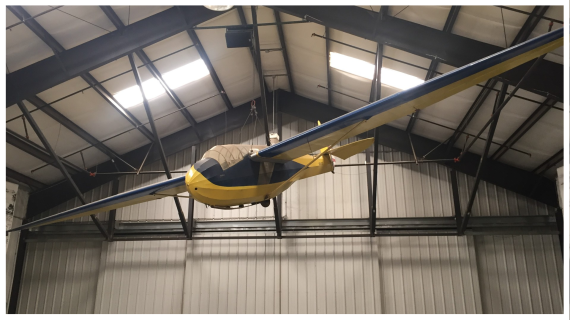 This two-seat, utility sail plane was built during World War II by Schweizer Aircraft Corporation in Elmira, NY. A basic trainer, TG-2's were used to train glider pilots at Palmdale, CA, who then moved to advanced training in CG-4 gliders at Victorville, CA. The pilots then moved on to the larger Waco built gliders for training at March Field before going overseas.

CG-4 gliders were instrumental in many of the most prominent assaults of WW 2. CG-4s transported men and equipment into Sicily, Normandy, the Rhine River crossing, Burma and Luzon in the Philippines.

The semi-cantilevered, strut-braced, high wing monoplane has a wing area of 210 square feet. It has an unsprung single-wheel landing gear and nose skid. This aircraft is on loan from the NMUSAF