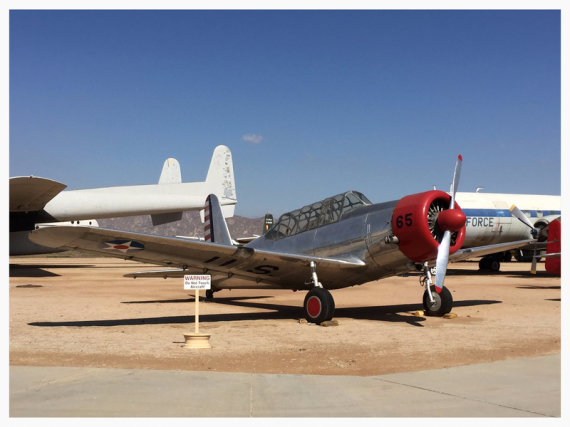 During the Second World War, the United States Army Air Forces used a three-phase training program for pilots, Primary, Basic and Advanced. With each phase, aircraft complexity and the difficulty of the tasks to be mastered increased. At the end of Primary, cadets, now capable of performing simple flight requirements left behind the open-cockpit, fabric and wood PT-13, PT-17 & PT-19 training aircraft and moved up to the more complex challenges of Basic.

In sixty hours of basic training over a ten-week period, the cadet got his first tight formation flying, his first cross-country hops, and his first aerobatics. He learned to recover from twenty-eight different types of stalls and spins. Most of all, he learned an instrument panel and around him control gadgets, handles, cranks, buttons, and switches. There was a bewildering array of lights, dials, and switches. There were blind flying aids and two-way radio.