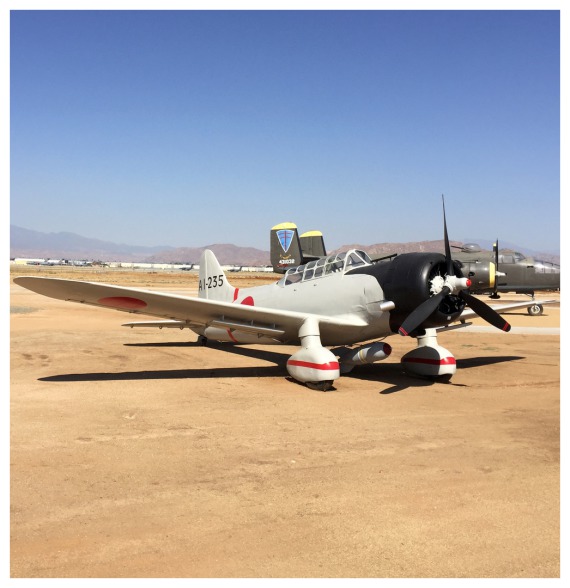 During the Second World War, the United States Army Air Forces used a
three-phase training program for pilots, Primary, Basic and Advanced. With each
phase, aircraft complexity and the difficulty of the tasks to be mastered
increased. At the end of Primary, cadets, now capable of performing simple
flight requirements left behind the open-cockpit, fabric and wood PT-13, PT-17
& PT-19 training aircraft and moved up to the more complex challenges of
Basic.

The BT-13A Valiant evolved in response to a USAAF need for a second phase
training aircraft. The Vultee Aircraft Inc. design, combined a closed-cockpit,
low-wing, metal monoplane with fabric control surfaces and a powerful 450-hp
Pratt & Whitney R-985 Wasp-junior radial engine with a variable-pitch
propeller and flaps. The Valiant proved to be an excellent choice to introduce
fledgling pilots to basic flight maneuvers. During the war, over 11,500 BT-13As
and its variants were produced.

Equipped with extended wingtips, simulated dive brakes, landing gear fairings
and a reshaped vertical stabilizer, the museum’s BT-13A, serial number 41-1306
was modified to depict an Imperial Japanese Navy Type 99 Aichi D-3A1 "Val"
dive-bomber for the 1970 Academy Award winning film “Tora, Tora, Tora.” “Val’s”
carry the distinction of dropping the first bomb on Pearl Harbor during the
December 7, 1941 surprise attack and of having sunk more Allied ships than any
other Axis aircraft during the Second World War. This aircraft is on loan from
the NMUSAF.

Manufactured by Vultee Aviation and received by the USAAF on 20 May 1941.

Jan 1942, Repaired after a ground nose-over accident at Cochran Field.

Nov 1944, Dropped from inventory as surplus at McKellar Field TN