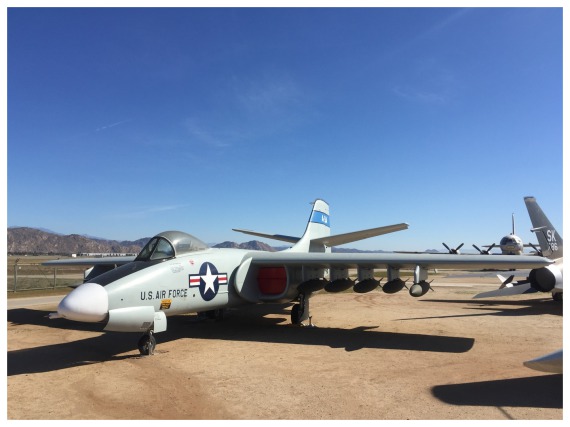 Designed by Northrop in the early-1970s, the YA-9 Ground Attack Aircraft was developed in response to a request by the US Air Force for a rugged, close air support aircraft capable of destroying the heaviest Soviet tanks and armored vehicles. Envisioned as a "flying tank" the A-9 was designed with low-level survivability in mind. With redundant flight control systems and aluminum alloy armor 1.25 to 2.5 inches thick protecting all vital areas, the A-9 could

Unfortunately for the A-9, its competitor in the ground attack selection was the now legendary Fairchild Republic A-10 Thunderbolt II, possibly the greatest ground attack aircraft ever designed.  The Air Force awarded the contract to Fairchild-Republic.

Only two YA-9A prototypes were built by Northrop Aviation, serial numbers 71-1367 and 71-1368. Together they completed 123 flights, totaling 146.0 flight hours during the ground attack aircraft selection. After the decision, the U. S. Air Force had neither use for nor interest in either of the two YA-9As; they were transferred to the NASA Dryden Research Center before being completely retired from service on April 2, 1973.