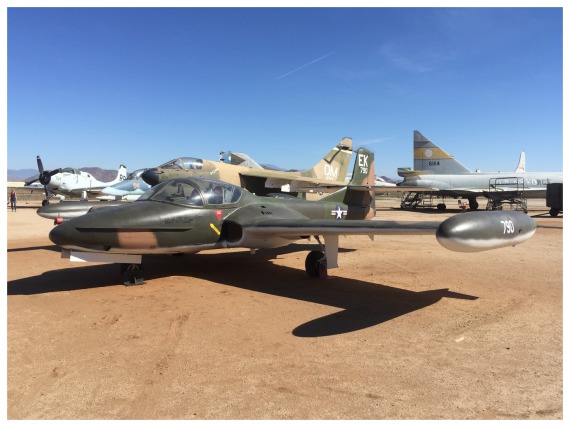 The Cessna A-37 Dragonfly, or Super Tweet, is a United States light attack aircraft developed from the T-37 Tweety-bird basic trainer in the 1960s and 1970s. The A-37 had improved engines giving it a speed advantage over its training aircraft predecessor. The A-37 had an air-conditioned cockpit but was not pressurized. It had full blind-flying instrumentation along with radio and radar installations, FM communications, Tecan direction finder, VHF communication and VOR/LOC, glideslope, marker beacon and interphone. It also had a non-computing gunsight, a gun camera, and a strike camera.

The A-37 served with distinction during the Vietnam War and in peacetime service afterwards largely with the air forces of developing nations throughout the world where a simple to maintain and easy to fly Attack aircraft was particularly desired. Nearly 600 A-37s--attack modifications of the T-37--were built.