The March Field Air Museum strives to help guests explore humanity's reach for the skies, and the pivotal role of March Field in the development of flight. The March Field Timeline exhibit is a collection of vignettes, arranged in order, which help illustrate the history of the West Coast's oldest continuously operated military airfield.

Presented in parallel displays, this exhibit area features artifacts and educational material from the Great War and the founding of March Field. Allied, German and U.S. artifacts encased in a replicated Western Front trench introduce museum visitors to the "War to End All Wars" while adjacent artifacts, displayed in a simulated barracks, explain the founding of March Field as a response to the U.S. entry into the conflict. Overhead a replica Nieuport 11 from the famed Lafayette Escadrille banks sharply as flashes of light play over panoramic photographs of the western front and a digital documentary of the conflict appears through trench periscopes mounted on the battle scarred trench wall. 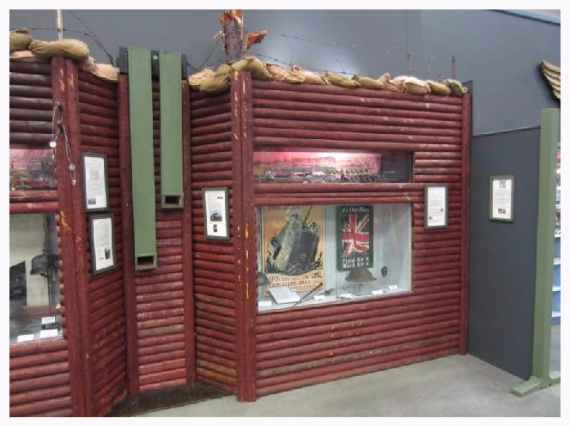 The second installment of the museum's timeline exhibits brings the visitor into a simulated wooden hangar maintenance area to view period artifacts in an interactive setting. From a period pilot's logbook, a leather flight helmet and a Morse biplane wing under repair, to a Curtiss OXX - 6 aircraft engine the display immerses each visitor into the world of 1920s March Field. 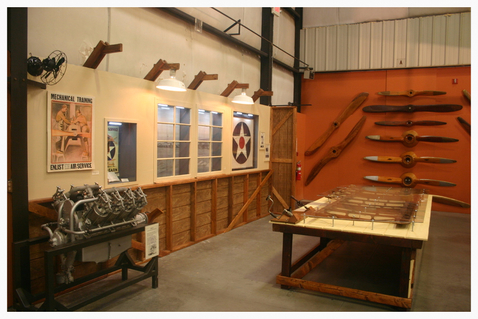 The exhibit uses artifacts and period recruiting films to bring museum patrons back into the exclusive domain of the Commissioned Officers stationed at March during the Second World War. Here Lieutenants, Captains, Majors, Colonels and Generals were relieved of the constant responsibility of impeccable behavior in front of the enlisted troops as demanded by generations of military tradition. 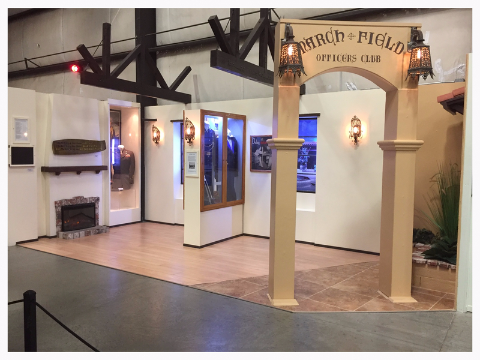 On December 7, 1941 at 7:55 a.m., airpower pioneer Billy Mitchell’s prediction became vivid reality as lead elements of the Imperial Japanese Navy attacked Ford Island, Hawaii. In little more than 90 minutes, 2,403 Americans were dead, five battleships were destroyed and six badly damaged, and more than 200 aircraft were lost. The U.S. Pacific Fleet and its homeport at Pearl Harbor lay in a smoking shambles.

The March Field Air Museum’s exhibit brings this “day that will live in infamy” to life. Artifacts, photos and an exclusive documentary featuring interviews with five Pearl Harbor veterans are displayed in the setting of a U.S. Navy ship’s ready room. Nearby, marvel at a detailed scale model of an aircraft carrier deck with preparations under way for the Doolittle Raid. 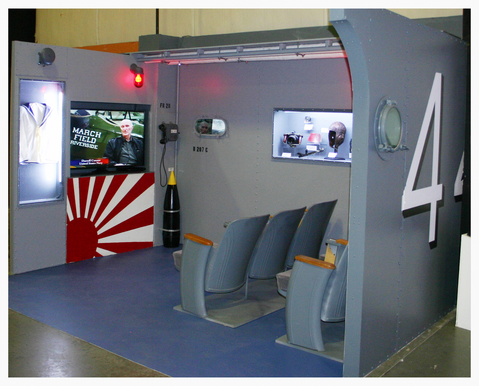 Written between October 1942 and January 1944, Staff Sergeant Vincent J. Rogers' captivating letters form the basis of this engaging, entertaining and ultimately heartbreaking exhibit. From a naïve teenager to a straight-talking veteran at the age of 21, you'll follow this young volunteer from enlistment through the challenges of radio school, air gunner training, bomber familiarization at March Field and ultimately, to combat in the Central Pacific--and a tragic ending.  Nearly lost to history, his letters were saved through the intercession of March Field Air Museum staff members, and have been developed into a comprehensive telling of the common man’s experience of war. 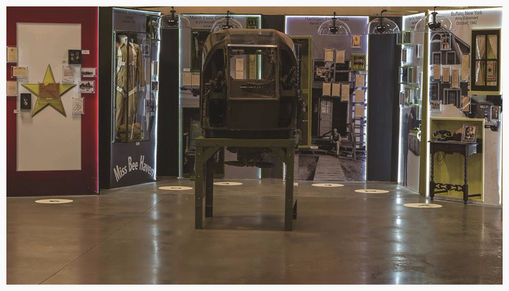