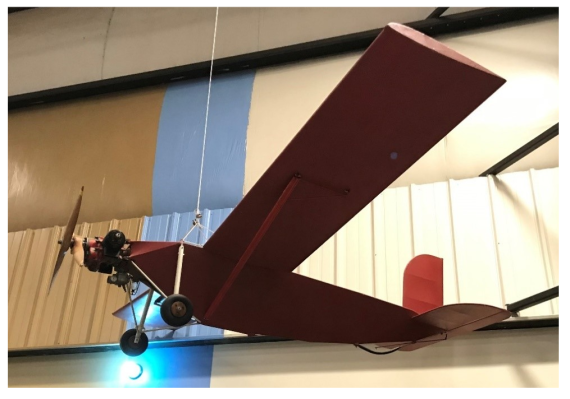 The United States military’s first UAV (Unmanned Aerial Vehicle) was a radio-controlled target drone built by the Reginald Denny Radioplane Company at a factory located at Van Nuys Airport.  In 1940, the Army placed an initial order for 53 RP-4s, followed by a 1941 order for the RP-5, which became the US Army OQ-2 and US Navy TDD-1. By the end of the war, thousands had been built and thousands destroyed as soldiers and sailors were trained in the finer art of anti-aircraft operations.

It was at this factory on June 26, 1945 that Army photographer David Conover saw a young woman assembler named Norma Jeane Dougherty, whom he thought had potential as a model. She was photographed in the plant, which led to a career as a pin-up and a post-war screen test for Norma Jeane, who soon changed her name to Marilyn Monroe.

Of the thousands built only eight are known to exist.