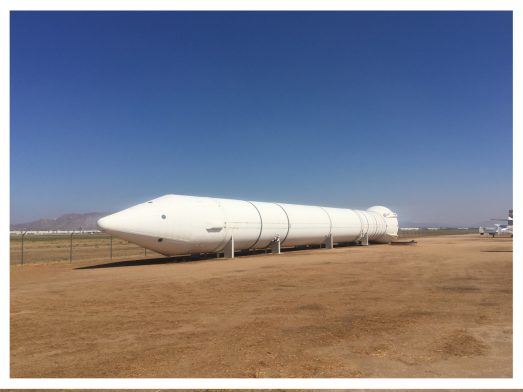 A key component of the Space Shuttle, each shuttle used a matched pair of Solid Rocket Boosters to provide 71.4 percent of the thrust to lift the space shuttle off the pad and continued through the first-stage ascent up to an altitude of 150,000 feet. Each booster has a thrust of approximately 3,300,000 pounds at launch. After burnout, they were jettisoned and parachuted into the Atlantic Ocean where they were recovered, examined, refurbished, and reused.

The propellant mixture consists of an ammonium perchlorate (oxidizer, 69.6 percent by weight), aluminum (fuel, 16 percent), iron oxide (a catalyst, 0.4 percent), a polymer (a binder that holds the mixture together, 12.04 percent), and an epoxy curing agent (1.96 percent). The propellant is an 11-point star- shaped perforation in the forward motor segment and a double- truncated- cone perforation in each of the aft segments and aft closure. This configuration provides high thrust at ignition and then reduces the thrust by approximately a third 50 seconds after lift-off to prevent overstressing the vehicle during maximum dynamic pressure.

Out of 270 SRBs launched over the Shuttle program, all but four were recovered – those from STS-4 (due to a parachute malfunction) and STS-51-L (the Challenger disaster). Over 5,000 parts were refurbished for reuse after each flight. The final set of SRBs that launched STS-135 included parts that flew on 59 previous missions, including STS-1.
The museum’s SRB was obtained from NASA where, after its service life, it was placed on display at the Kennedy Space Center, Cape Canaveral, Florida.