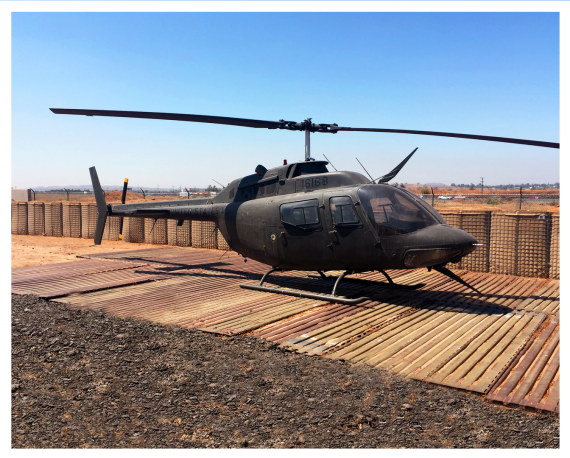 The Bell OH-58 Kiowa is a family of single-engine, single-rotor, military helicopters used for observation, utility, and direct fire support. Bell Helicopter manufactured the OH-58 for the United States Army based on its Model 206A Jet Ranger helicopter. First introduced in 1969, over the decades it has been modified and upgraded with more powerful engines and weapons. The OH-58 was used primarily as a scout and trainer but the Kiowa Warrior version was a formidable gunship. The OH-58 was in continuous U.S. Army service from 1969 to 2017.

The museum's Kiowa, a veteran of the Gulf War, serving with the 3rd ACR in Iraq. Through the GSA Law Enforcement support program, the aircraft was lent to Riverside County Sheriff's Department Aviation. The aircraft was transferred through GSA to the museum in 2018.