A product of the American experience in the Korean War, the F-104 Starfighter was designed to provide the U.S. Air Force with a high-speed, point-defense interceptor capable of taking on the era's nimble Soviet bloc MiG fighters. Designed in 1952 by C.L. "Kelly" Johnson, the first XF-104 made its initial flight in 1954.

The F-104 was produced in two major versions: armed with a six-barrel M-61 20 mm Vulcan cannon the Starfighter served as a tactical fighter and, when equipped with additional heat-seeking Sidewinder missiles, it operated as a high-speed day-night interceptor.

Over 2,578 were produced by Lockheed and foreign contractors, with 296 purchased by the U.S. alone.  The F-104 entered the USAF inventory in 1958, serving with distinction as an Air Defense Interceptor and in several 1965 deployments to Vietnam. The remainder became an integral part of the air forces of 14 allied nations, with the last Starfighter leaving Italian Air Force service in 2004.

The museum’s F-104 Starfighter serial number 56-0755 was assigned to the Edwards Test Pilot School and served as a chase plane on the X-15, and XB-70 programs. This aircraft is on loan from the NMUSAF 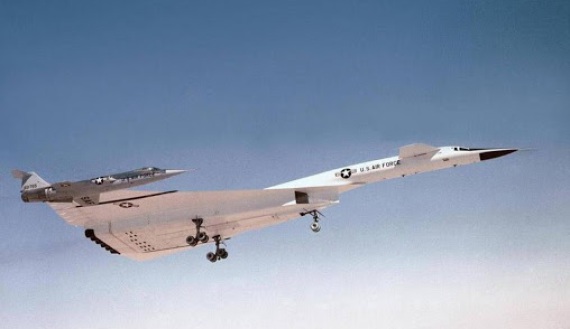