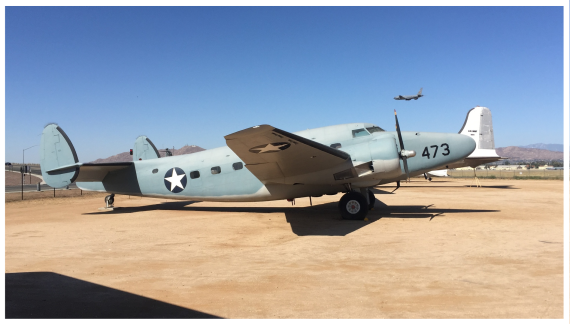 This venerable Lockheed workhorse was built originally as a Lockheed Model 18, a 17-passenger civilian airliner. In late 1941, when America entered the war, all "Lodestars" flying with the United States military were former airliners conscripted into service. These aircraft received different numerical designations depending on engine type.

In mid-1942, Lockheed introduced the C-60 variant of the "Lodestar". Designed specifically for military use, the C-60 was used as a troop and cargo carrier, flew anti-submarine patrols, and performed Search and Rescue duties.