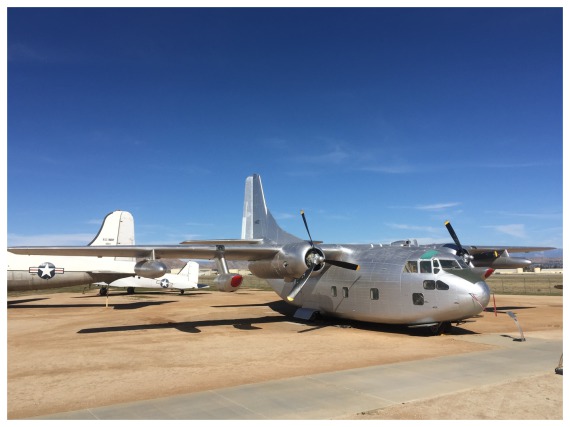 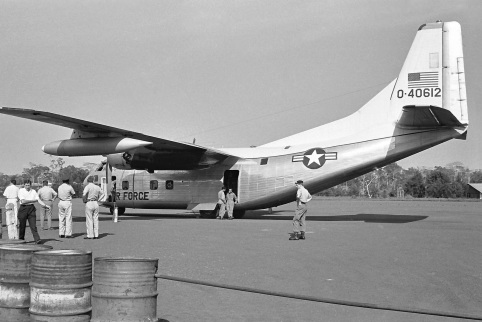 The C-123 is based on the airframe developed in 1945 by Chase Aircraft Co. of New Jersey. It was a 16-passenger troop-carrying glider of all wooden construction. First flown in 1945, it was towed by four-engine C-54 transports. In 1946, an all-metal, 32-seat troop cargo transport version was flown. After the Second World War the United States Army determined gliders were more hazardous to the troops being transported than the enemy and abandoned the program,

Fairchild inherited the design, adding two engines and fuel cells in the engine nacelles. ln 1954 they produced a powered aircraft capable of operating from short, unprepared landing fields. In 1955, two 1,000lb thrust turbojet engines were fitted to provide auxiliary power and jet fuel tanks were suspended from the wings. The large rear cargo loading door lowers to become a ramp for both men and vehicles. It also serves as a paratroop jump platform, cargo drops, and low altitude parachute extraction drops.

Our aircraft, 54-612 is a troop transport “Provider”. It was delivered to the USAF on December 20, 1955, based in Europe the aircraft was used by the 1127th Field Activities Squadron (USAFE), in Leopoldville Congo during the 1965 Simba Uprising. Returning to the United States it became part of the 1st Air Commando Squadron before 1972 when it was transferred to the AF Reserve at Rickenbacker AFB, Ohio. Retiring from service in September 1981, 54-612 flew into March Field to become part of the collection. This aircraft is on loan from the NMUSAF